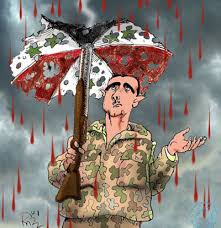 Bashar al-Assad may be gearing up to create an Alawite statelet along Syria’s coastal mountains. And he has the means to do it

How long will President Bashar al-Assad remain in Damascus? His regime appears to be reeling: A bombing last week claimed the lives of his brother-in-law and three other senior figures of his regime, military defections continue, and rebel forces have arrived in the country’s largest cities. The prevalent view in Washington and many other foreign capitals is that the question is not if Assad will lose the capital, but when

Assad has no intention of abandoning Damascus without a fight. Since last week’s bombing, the Syrian Army’s Fourth Division — led by Assad’s brother Maher — has launched an intense campaign to retake control of the capital’s neighborhoods from the rebels. To secure Damascus, the regime has redeployed troops from the Golan and eastern Syria. Control of the capital is critical to Assad for maintaining the pretense that he is not merely an Alawite warlord, but the embodiment of the state

The Syrian despot, however, is fighting a losing battle. As heavy fighting rages on in the cities of Damascus and Aleppo, the regime is losing control over the Syrian interior and the Kurdish northeast. The predominantly Sunni areas of Syria are falling from Assad’s grasp, and there is no realistic way for him to reassert his authority there

But Assad has one card left to play: The Syrian regime has been setting the stage for a retreat to Syria’s coastal mountains, the traditional homeland of the Assads’ Alawite sect, for months now. It is now clear that this is where the Syrian conflict is headed. Sooner or later, Assad will abandon DamascusThe Syrian regime’s recent decline in fortunes has seemingly accelerated this process. With the sectarian fault line clearly drawn, reports are emerging of internal population migration as Alawites begin moving back to the ancestral mountains — echoing the dynamics seen during the Lebanese civil war. Shortly after the assassination of the top Syrian security officials, opposition activists and Western diplomats reported that Assad had relocated to the coastal city of Latakia. This claim has since been contested, but Assad’s whereabouts remain uncertain

Despite the fact that the Syrian regime is a family enterprise, Assad has sought to present himself throughout the conflict as the sole legitimate interlocutor with the outside world. Regrettably, the international community has played along with this conceit. All diplomatic initiatives to solve the Syrian crisis have stipulated dialogue with Assad and refrained from calling on him to hand over power

However, it has long been apparent that Assad’s bid to control the entirety of Syrian territory was hitting against demographic and geographic realities. Contrary to all early assertions regarding his military, Assad’s forces are little more than a sectarian militia. This limited manpower has, from the beginning, meant that Assad would not be able to re-impose his authority on the predominantly Sunni interior and periphery

This sectarian geography has determined the regime’s behavior. As he dug in for a long war, Assad has had to consolidate the Alawites behind him and fortify his position in the Alawite coastal mountains overlooking the Mediterranean, in the region roughly between Jisr al-Shoughour in the north, near the Turkish border, and Tal Kalakh in the south, near Lebanon