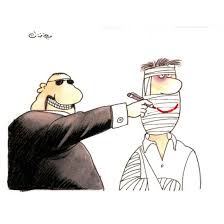 President Obama’s decision to arm Syrian rebels — after resisting such a course for nearly two years — has come under some withering criticism. Marc Lynch, who has long opposed military intervention in Syria, calls it “probably his worst foreign policy decision since taking office,” while Daniel Larison casts it as “certainly one of the two or three worst [decisions].” Despite being on the opposite side of the debate — I began writing in favor of military intervention nearly a year and a half ago — it is hard to disagree with their assessment that providing “small arms” to the rebels is unlikely to make much difference

What makes Obama’s decision so unsatisfying — and even infuriating — to both sides is that even he seems to acknowledge this. As the New York Times reports, “Mr. Obama expressed no confidence it would change the outcome, but privately expressed hope it might buy time to bring about a negotiated settlement

To some extent like the 2010 Afghanistan “surge,” this is a tactical move that seems almost entirely detached from any clear, long-term strategy. A source of constant and sometimes Kafkaesque debate among interpreters of Obama’s Syria policy is figuring out what exactly the policy is in the first place. Secretary of State John Kerry has been promoting the Geneva II peace conference, but his explanations of U.S. goals have tended to confuse. For example, there is this: “The goal of Geneva II is to implement Geneva I.” But no one is quite sure what the goals of Geneva I were, except perhaps to “lay the groundwork” for Geneva II

If the goal is to help rebels regain the military advantage and, second, to diminish the regime’s ability to kill, then the proposed means fall well short (for a detailed discussion of why small arms are likely to be ineffective, see C.J. Chivers’ explanation here). The fact that nearly everyone seems to agree on the ineffectiveness of such a course — including even Obama himself — suggests the president did this because he needed to “do something.” It was, after all, getting embarrassing, with open mockery of Obama’s fecklessness, in general, and a rather squiggly “red line” that insisted on shifting in odd directions, in particular. But that Obama has done something he clearly didn’t want to do for precisely the wrong reasons does not inspire confidence. Rarely has a major policy change been announced so circumspectly with so little conviction.

The fact of the matter, and one the administration seems intent on eliding, is that the only way to help the rebels regain the advantage and force the Assad regime to make real concessions is with a credible threat of military intervention through airstrikes against regime assets and the establishment of no-fly and no-drive zones. This will mean taking additional steps and slowly deepening our involvement, a result which some now fear is inevitable. Of course, the other argument — eloquently advanced by Larison over the past year — is that no vital interests are at stake and that the United States would be better staying out altogether. This latter argument, despite defining U.S. “interests” in extremely narrow terms, at least has the virtue of some internal consistency

For those who supported the NATO operation in Libya — perhaps the epitome of a non-interests-based intervention — and past interventions in Bosnia and Kosovo, the continued reluctance to entertain direct military action is more difficult to explain, although it no doubt has to do with the legacy of Iraq. Iraq is often mentioned by the administration as offering lessons for the present, although why Syria should be so analogous to Iraq, rather than say Libya or Bosnia, is rarely specified in any detail (Syria shares some of Iraq’s sectarian features, but, to my knowledge, this was not the reason that so many felt the war was illegal, unnecessary, and based on false pretenses). Misplaced support for the Iraq war has led to an overcorrection in the opposite direction

“To my mind,” Andrew Sullivan writes for instance, “the key components of a successful Obama presidency — an actual change we can believe in — is the ability to resist war in Syria or with Iran under almost any circumstance.” Why intervene again in a messy, uncertain region when previous interventions have turned out so bad? Sullivan’s position has little to do with understanding Syria and how the situation on the ground has changed, but is based, rather, on an ideological aversion to intervention under, as he puts it, “almost any circumstance.” The problem with the Iraq war wasn’t that it was an intervention, but that it was a bad intervention. It was the result of conscious policy decisions — guided by a neo-conservative worldview – just as non-intervention in Syria has been a very conscious and deliberate choice on the part of an Obama administration guided by a philosophical and even ideological aversion to intervention or even pro-active involvement in the Middle East

The question for Syria anti-interventionists builds on Sullivan’s perhaps inadvertent admission: under what circumstances, if any, do they believe military intervention would be warranted, a question which has broad relevance for the future of the “Responsibility to Protect“? In Syria, at least 93,000 have been killed, one of the highest totals of any recent world conflict. Beyond unspeakable mass slaughter, rape, and torture, two other key conditions have been met. First, there have been consistent requests from the Syrian political and military opposition, as well as the broader protest movement, for foreign direct intervention, particularly the imposition of a no-fly zone. Second, there is broad regional and international legitimacy, with Turkey, Egypt, Qatar, Saudi Arabia, and France backing various degrees of military action

In an ideal world, these considerations would have been enough to intervene long ago — the point of the Responsibility to Protect, after all, is to intervene on behalf of the living, rather than the dead — but that is not the world we live in. I have always hesitated to emphasize the strategic rationale for military action, due to my concern that what should be about protecting the Syrian people and supporting their struggle against a brutal regime becomes much more a matter of setting scores with Iran, Hezbollah, or other unsavory actors. That caveat aside, the strategic arguments are compelling in a way they never were in Libya (or for that matter Kosovo). Unlike most Arab autocratic regimes, Syria has long been an enemy of the United States. The Syrian regime is such a vital lifeline and point of entry for Iran and Hezbollah that both parties are doing everything in their power to keep Assad in power. And so on. It is difficult to think of a comparable case where the moral and strategic rationales for military intervention were this strong

If, despite all of these reasons, liberal internationalists are still loathe to consider intervention, then this calls into question the broader applicability and relevance of the very concept of “humanitarian intervention” and the Responsibility to Protect. If the exceptionally dire circumstances of Syria — of mass slaughter and the resulting destabilization of an entire region (including Jordan, Lebanon, and Iraq) — are not enough to trigger intervention, then what would