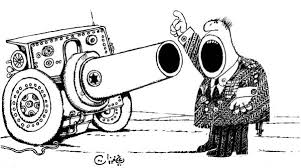 Negotiations are the Only Way to End the Conflict

From peaceful demonstrations in March 2011 inspired by the atmosphere of hope that swept through northern Africa, to bitter, brutal conflict, war, the human disease is rampaging through Syria. Destroying the lives of innocent men women and children upon their homeland, reducing men to murderers and enemies, a country to rubble. Decades of resentment and separation fuel the internal conflict, which muddied by foreign involvement and intensified by recent incidents with Turkey threatens to escalate into a proxy war, further destabilizing the region

A diverse humanitarian disaster is devastating the lives of millions of civilians, helpless in the face of the death and destruction that stalks the country. Tens of thousands have been killed, millions displaced made homeless and destitute, and with sanctions, supposedly targeting President Bashar al Assad’s regime, crushing civilians. The UN secretary General Ban Ki Moon has repeatedly stated “the ongoing militarization of the conflict in Syria is leading to tragic results for the Syrian people

On the streets where they live, in their homes, walking to the shops, playing with friends, relentless indiscriminate bombing by Government forces is killing men women and children, in the cities and villages of Syria, conditioning a generation of youngsters into violence. A new activity has replaced football in school playgrounds; war games, with opposing groups taking up the banner of the Free Syrian Army (FSA) or Government troops. Shooting is the name of the game with model guns and troops flying off the shelves of toyshops. ‘Don’t steal the smile from children’s lip’ reads the slogan on the regimes leaflets dropped from helicopters over villages in Jabal al-Zawiya. Hollow propaganda, the people know well the murderous reality of the brutal Assad regime

Collecting accurate figures on civilian or military deaths is extremely difficult, to the extent that The Office of the High Commissioner for Human Rights (OHCHR) in Geneva, who had been providing figures, in December 2011, stopped. Syria Tracker who verify and confirm their data state that 31,034 civilians have been killed since the conflict began 18 months ago. The UN however say that “18,000 people, mostly civilians, have died.” A factor that may to some extent account for the discrepancies in data is the inclusion or not of missing persons presumed dead, and those found with no means of identification

Officially branded a civil war by The International Committee of the Red Cross, the conflict is subject to International Law in the form of the fourth Geneva Convention, establishing the humane treatment of victims of war. Enshrined codes of conduct that according to OHCHR far-reaching Commission of Inquiry on Syria (CIS) are being violated by both pro and anti government forces. The commission found “Government forces and the Government backed militia known as Shabbiha have committed ……war crimes and gross human rights violations…murder, summary execution, torture, arbitrary arrest and detention, sexual violence, violations of children’s rights, pillaging and destruction of civilian objects- including hospitals and schools. Anti-Government armed groups have also committed war crimes mainly directed at Government soldiers, informers and alleged members of Shabbiha, including murder, extrajudicial executions and torture.” War eliciting all that is ugly, destructive and primal within the human being

There is growing evidence that the Syrian Government is deliberately targeting civilians. Human Rights Watch (HRW) research from inside Syria has found the government is using internationally banned cluster bombs on it’s own people. They claim the Assad regimes air campaign “now apparently includes dropping (these) deadly cluster bombs into populated areas.”  If true this constitutes war crimes and the more serious violation, crimes against humanity. Cluster bombs are inaccurate munitions that fire thousands of ‘sub munitions’ randomly over a wide area. They are a threat to civilians for years as many mini bombs fail to explode upon impact and lie buried where they fall. The Syrian government must, as HRW demand, “immediately stop all use of these indiscriminate weapons

The use of cluster bombs is a worrying expansion of the arbitrary bombing that Amnesty International in its briefing paper ‘Syria: Indiscriminate attacks terrorize and displace civilians’, highlights. Stating “indiscriminate air bombardments and artillery strikes by the Syrian army are killing maiming and terrorizing the residents of Jabal al-Zawiya and other parts of the north Hama region. Every day civilians are killed or injured in their homes, in the street, while running for cover… many of them children

In addition to bombing areas where fighting is taking place with the FSA, government forces are indiscriminately shelling lost territory. Using imprecise battlefield weapons and munitions, knowing full well, Amnesty reveal “that the victims of such attacks are almost always civilians.” Such attacks are the main cause of the huge increase in civilian casualties in recent months, in August 4,933 deaths were recorded, ominously making it the highest monthly toll since the war began. Innocent civilians caught up in a war many do not want, that they feel is being dictated by foreign players pulling the warring strings

Homeless at home and abroad

Fighting in urban areas, the capital Damascus, Aleppo Syria’s most populated city and Homs has caused large numbers of terrified civilians trapped in areas of conflict, to seek refuge either elsewhere in the city, in a safer part of Syria or in neighbouring countries

According to the United Nations High Commission for Refugees (UNHCR) “a total of 311,500 Syrians are currently registered or awaiting registration as refugees in Jordan, Lebanon, Turkey and Iraq.” Many refugees are housed in tents, completely inadequate for the winter, when between November and March average low temperatures are two degrees Centigrade

Should the present exodus rate continue UNHCR estimate the total is set to reach 700,000 by the end of the year, Turkey alone, which has 13 camps, could be hosting “as many as 280,000 refugees”, mostly Syrians, but also people from Iraq, Iran and Afghanistan, affected by “the crisis in Syria

In addition to the refugee crisis outside the country, there are huge numbers displaced within Syria. The Internal Displacement Monitoring Center (IDMC) reports, “1.5 million people [8% of the population] in Syria have lost their homes and livelihood.” The heart of the Syrian society is being torn out. People from all over the country having left their homes and communities to seek safety, are housed in temporary shelters, derelict or partially constructed buildings and face manifold risks. “For hundreds of thousands of men, women and children …… hunger and dehydration is as much of a threat as the bombs and the bullets.” (Ibid)

In Damascus and other cities tens of thousands caught up in the fighting are camped out in schools, hotels and houses, and with winter approaching and food and other basic necessities become increasingly scarce, they face a stark choice between the cold and the gun. Speaking for the many, Abu Fidel in The Financial Times (28/09/12) laments “I just want my life back,” He fled the south Damascus conflict zone of Sayyeda Zeinab two months ago and now lives in a three-roomed apartment with 13 other family members. “I want to go back to my home – the home I spent my whole life building

Syrians who can afford to leave the country, have gone abroad, those left face extreme hardship and uncertainty. Many lives have been lost, families broken up and homes destroyed; Life-shattering experiences that will inevitably impact on the integration and future well being of the country. Jonathon Steele in The Guardian (20/8/12) conveys the words of Abu Mohammed a father of three “The country is almost destroyed. We have no idea what’s going to happen,” his family were bombed out of Homs and bombed again in Damascus. “I never thought this could happen in Syria

For over a year economic sanctions have been imposed on Syria by the European Union, who previously took 95% of all oil exports – amounting to 25% of state revenue, the USA and the league of Arab actions. They claim sanctions are aimed at the government, however the devastating effects are being felt by the people of the country (as is invariably the case) not the regime. Unemployment, a problem before the war, particularly in rural areas and a major factor in the initial demonstrations is at 15% and escalating and inflation in July hit 50%. The cost of food staples, such as eggs, rice and milk has rocketed, heating oil, desperately needed as winter approaches has increased threefold and the Syrian pound has crashed. Robert Fisk makes the point in The Independent 5/10/12 that “This catastrophe will hurt the poor and the middle classes rather than the regime’s supporters and the very wealthy who have always had access to dollar accounts

Sanctions are also affecting medical supplies and health care, as The Lancet report, “With thousands of job losses, the ability of people to afford basic essentials and medicines for vulnerable groups such as pregnant women, children, and older people has become nigh on impossible. Sanctions have also affected the ability to maintain clean water supplies, with increased concerns for waterborne infections and diarrhea diseases, especially in children.” Doctors, short of the drugs needed to treat common complaints and conditions such as asthma and diabetes are warning of epidemics of bronchitis and pneumonia among the cold the hungry and the young

The European Central Bank (ECB) confirms the negative impact of sanctions, “supply and distribution of medicine, medical supplies and equipment is disrupted due to limited access and the effect of sanctions on international procurement.” Economic sanctions are crude and indiscriminate, akin to punishing a class of children to penalize one delinquent teenager. They are causing additional pain to the suffering people of Syria, and should be lifted, for as the Lancet puts it, “should economic and political sanctions be allowed to punish whole populations

Violence instills fear, bringing nothing but pain suffering and further violence, fuelling divisions and separation. Peaceful negotiations, as Noam Chomsky has said “is the only way” to end the conflict in Syria. Discussions to encourage reconciliation and facilitate the process of rebuilding, offering the leaders of the defunct regime an exit, without which, one fears they will continue the killing. The ‘Six Point Plan’ devised by Kofi Annan offers the strongest foundation for a negotiated settlement, mediated by the U.N. special envoy Lakhdar BrahimiThe first and elementary step is for the fighting to stop and those (foreign parties) supporting the violence to suspend their activities. This is what Syrians throughout the country long for, as Rima Dali made clear in her powerful solo protest on 8 April, when as The Guardian (20/08/12) report “she stood in the street in a red dress and poured white paint on herself. She held aloft a banner, saying: Stop the Killing. We want to build a homeland for all Syrians.” Non-violent peaceful protest, the enemy of brutality and totalitarian regimes throughout the world, is what Dali is seeking to encourage

She is not alone in seeking a peaceful way forward. Opposition members and activists under the auspice of the Catholic peace-building organisation the Community of Sant’Egidio in Rome last month signed a declaration urging the FSA to abandon violence. “While recognising the right of citizens to legitimate defence, we repeat: weapons are not the solution…We must reject violence and the slide into civil war because that places at risk the state, and our national identity and sovereignty.” It is such peaceful efforts that need and deserve to receive the full unconditional backing of the international community and not the continued arming of warring groups

The guiding principle of all efforts in Syria should be peace. Peace is the number one priority for humanity. We must end the scourge of war for once and for all and work tirelessly to build a world based on cooperation, justice and trust. Such are the qualities that will naturally facilitate peace. Such are the values that are now desperately needed in Syria and indeed throughout our beautiful world